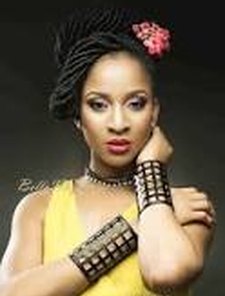 She was born Tolulope Adesuwa Etomi in Owerri, a town in Imo State of South Eastern Nigeria to a soldier father and an engineer mother. Etomi is the youngest of three siblings. She is a native of Esan in Edo State, South-South Nigeria and her mother is YorubaHer film credits include Falling; a performance in Falling earned her the 2016 Africa Magic Viewers Choice Best Actress In A Drama Award. Others include; A Soldier’s Story by Frankie Ogar released in October 2015, InkBlot’s Out of Luck released in December 2015 and Lord Tanner’s Couple Of Days,Adesua Etomi has also starred in MTV's HIV/AIDS Edutainment show Shuga as Sheila and stars as undercover police officer; Amaka Obiora in Yemisi Wada’s police procedural drama series; LasGidi Cops, which debuted in June 2016 on Television.

Something Wicked
View All Credits