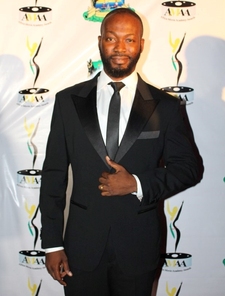 Adjetey Anang (born 8 July 1973) is a Ghanaian actor, popularly known as "Pusher", which was his screen name in the television series Things We Do for Love. He is married to Elorm Anang. He has featured in many Ghanaian movies, including Deadly Voyage, A Sting in a Tale, The Perfect Picture and others. He has also featured in a Dutch movie titled Slavery.Adjetey Anang studied at Labone High School and proceeded to the University of Ghana, where he studied Fine Arts. He went further to study his masters in Dramatic Arts at Wits University in Johannesburg.Adjetey Anang has won himself a lot of fans from his role in Things We Do For Love. He has also won awards including An Arts Critique and Review Association of Ghana (ACRAG) Talent Award and A Ghana Union of Theatre Societies (GUTS) Best Actor Award.

Kintampo
View All Credits
Prev Next ×