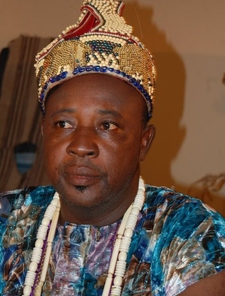 Amaechi Muonagor (born Idemili, Anambra State) is a Nigerian actor and producer. In 2016 he was nominated for AMVCA 2017 Best Actor In A Comedy.Amaechi Muonagor is from Obosi village in Idemili, Anambra State in Nigeria. He attended St. Mary’s Primary School, Obosi, Oraifite Grammar School before he furthered his education at the University of Nigeria, Nsukka (UNN) where he studied Economics and graduated in 1987He is married and has 3 kids.In 1989 after his Youth Service, Amaechi started working for NAN (News Agency of Nigeria). He left his job at NAN few years later for an acting role in his first movie as Akunatakasi in Taboo 1 a nigerian movie.In 2016, there were numerous publications on websites that claimed Amaechi was very ill and suffering from Diabetes. During that period until now Amaechi hasn't appeared or featured in any movie. There has been rumours about him quitting the movie industry

Bewitched 2
View All Credits
Prev Next ×