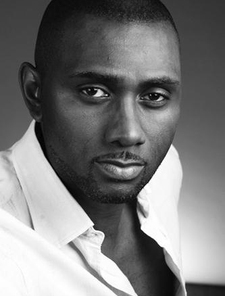 Anthony Monjaro was born Anthony Akposheri, but went on to use the stage name, "Monjaro" due to the fact that another Nollywood actor also bears his full name.

He holds a BSC degree in Multimedia & Film Production at the Thames Valley University UK and a diploma in Performing Act for Screen from Goldsmith College UK.

His career as an actor in 2003. His 1st film being Tears in Heaven. In that time he has been involved in a lot of Nollywood films and UK screen projects. He also had a chance in 2010 to work on a few low budget film projects in the United States of America.

Currently Anthony now lives and works in Nigeria was a regular on the African popular daytime TV soap Tinsel for 6 months and has gone on to star in a few other popular TV drama series one being the popular drama series Lekki Wives. Currently just wrapped Season 2 to be aired early 2014.

Anthony has big dreams for the Film/TV industry in Nigeria and is working on his company to start his 1st of many screen productions in the new year (2014) under the company brand name Monjaro Film City.

In November 2012 he was nominated at the Best Of Nollywood (BON) Awards as most promising act. The Film Last Flight To Abuja has received a huge public presence and continues to gain media interest.

As 2013 comes to an end, it has been a busy year with a lot of great TV and Film projects to add to his credit.

For 2014, Anthony is ready to take his career to another level, not just with his company, but contributing to the growth of the Nigerian Film/TV industry.

For Old Times’ Sake
View All Credits
Prev Next ×