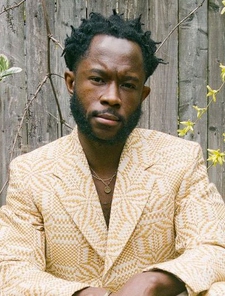 Finding photography in Paris, Arie honed his craft before returning to England where he worked in the camera departments of a number of projects ranging from Audi to Vivienne Westwood and the BBC. In the work of Vittorio De Sica, Arie found a form of storytelling that could give voice to the long neglected tales of the average Nigerian.

He has a Master's of Fine Arts from Columbia University in New York. While there he continued to collaborate with his brother Chuko, co-directing their short Goose, which played at the 2017 LA Film Festival and producing Besida, an official selection at the 2018 Berlin Film Festival. He also produce Chika Anadu’s AMAA and AFI Fest award winning feature B for Boy.

His work as a director has been featured on Vogue and Essence.com. He is an IFP Narrative Lab Fellow who currently divides his time between Lagos and New York. Eyimofe is his first feature film.

Eyimofe (This is my Desire)

B for Boy
View All Credits
Prev Next ×