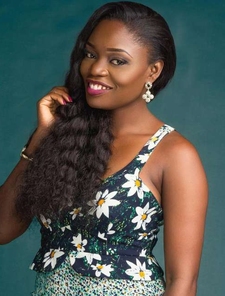 Abisola Aiyeola is one of the housemates in the 2017 BB Naija house. She’s quite energetic, talented and well loved by fans of the reality TV show. Bisola is lively and has a strong personality. She can hardly go unnoticed. You either love her or hate her. Some even call her the ‘Jenifa’ of the house.

Abisola Aiyeola (born 1986) popularly known as Bisola, is a Nigerian-British actress, singer, MC and presenter. She’s a voice over artist and a one time TV host of Billboard Nigeria which aired on silver bird television from 2011-2013.

Her fame began when she contested in the 2008 edition of MTN Project Fame and this is what she have to say about how the competition helped her; “Project Fame helped me in the movie industry. The first director I got to work with was a D.O.P on Project fame. ” – Bisola revealed.