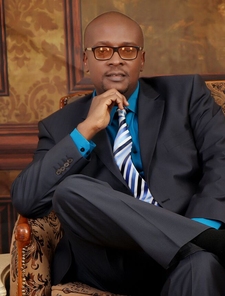 Charles Osa Igbinovia (born 20 November 1971), commonly known as Charles Novia, is a Nigerian film director, producer, screenwriter, actor, social commentator and essayist. Born and raised in Benin City, the capital of Edo State, Novia is known for films such as Missing Angel (2004), The Bridesmaid (2005), Caught in The Middle and Alan Poza (2013). In 2014, he was chosen as part of the Nigerian team to screen Nollywood films for Best Foreign language category of the Academy Awards by the Academy of Motion Picture Arts and Sciences.