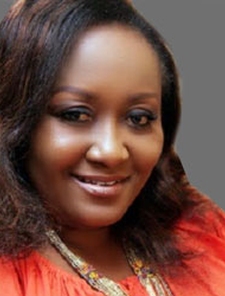 Ebele Okaro a veteran Nollywood actress EBELE OKARO, who was born in London and brought up in Enugu. She is a Capricorn by birth sign. Ebele Okaro began acting when she was in Santa Maria Primary School, Enugu and continued while in secondary school at Queen of the Holy Rosary, Nsukka also in Enugu State. After her secondary education, Ebele gained admission to the University of Calabar to study Education. Her passion for drama got the best of her, and she eventually pursued a Bachelor’s Degree in Theatre Arts. Ebele Okaro Onyiuke became a household name in Calabar for her acting skills and was featured in various local newspaper articles. She also featured in several television programs at the Nigerian Television Authority (NTA), in Calabar. Today, mama has emerged one of the industry’s finest, always leaving a memorable impression each time she features in a movie. Star of a number of television programmes and home movies, Ebele Okaro has featured in uncountable movies including ‘Bambitious’, ‘Moving Fingers’, In the name of trust

Chizam The Barrow Pusher
View All Credits
Prev Next ×