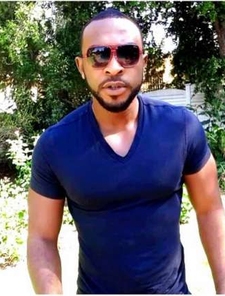 Enyinna Nwigwe is popular Nollywood actor and producer, he has worked alongside some of the most respected producers and directors in Africa and overseas. Movies he's shown in includes Black November, The wedding party and more..
Beginning in 2005 with starring roles in videos such as ‘Wheel of Change’ and ‘Last Game’ he earned the reputation of a rising star in Nigeria. He continued to land a variety of roles such as an attorney in ‘Games Men Play, He also took it further and dared to go where eagles dread when he played a gay lawyer in “Reloaded”, Enyinna went on to build a more impressive fan base when he took on the role of the philandering bachelor in the Nigerian- Guinness sponsored tv series “ Bachelors”,The leading man in Jeta Amata’s ‘Mary Slessor’ with which he also earned his first “Producer” title and also has Titles like “Sarauniya” (The story of Queen Amina) under his Producer belt, all geared towards preserving the Nigerian heritage.
He also starred in “The Amazing Grace”, and most recently starring in the explosive political thriller ‘Black November’ as Tamuno. It is ‘Black November” a riveting film by Jeta Amata which depicts the violence, corruption and human injustice in the Niger Delta that has introduced Enyinna to America and potentially the rest of the world.

Americans have already grown fond of his glowing gifts as an actor with many suggesting that he is a rare combination of Sidney Poitier and Denzel Washington. Gaudy accolades to say the least, but a measuring stick for just how great Enyinna Nwigwe can become.

Away from the entertainment scene, sharp witty and business savvy Enyinna Nwigwe is a serial entrepreneur with interests ranging from building & construction to Importation of home remedy products and accessories.
Enyinna is part of the campaign “Save the Niger Delta”, a movement aimed at cleaning up the oil spills in the Niger Delta of Nigeria, one that informed the “Black November” story. He also is doing his bit to take Nollywood to the world and bring the world to Nollywood.

When Love Happens
View All Credits
Prev Next ×