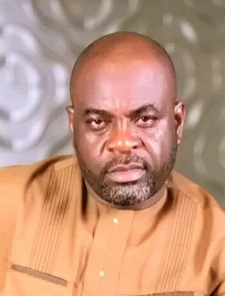 He was born on May 9, 1968 in Ondo State, southwestern Nigeria. Funsho has constantly been credited for Countdown at Kusini, a movie that featured his namesake, late Oba Funsho Adeolu, the Alaaye of Ode Remo (who played Chief Eleyinmi in the old Nigerian Sitcom "The Village Headmaster"). Other Nigerian actor in Countdown at Kusini was Ibidun Allison (Amebo of "The Village Headmaster"). He featured in Heroes and Zeroes, a 2012 Nigerian drama film that stars Akin Lewis, Olu Jacobs and Bimbo Akintola.He is married to Mrs. Victoria Adeolu with two sons.