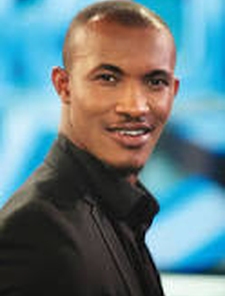 Gideon Okeke was born in Ajejunle, a suburb of Lagos state. He is a graduate of Biochemistry from the Nnamdi Azikiwe University, Awka. Gideon is an only child of Mr. and Mrs. Okeke from Abagana, Anambra State. His road to stardom began when he participated in the Big Brother Nigeria show nine years ago which he didn't win. After sometimes he got a role as Philip in the popular Nigeria TV soap opera Tinsel. He was among the starting eleven artistes that began the show.

When Love Happens
View All Credits
Prev Next ×