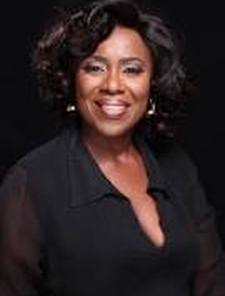 A graduate of the University of Lagos and Webber Douglas Academy of Dramatic Art in London, she began a career in film in the early 1990s. In 1998 she had a major role starred opposite Colin Firth and Nia Long in the British-Canadian film The Secret Laughter of Women. In 2006 she won "Best Actress in a Leading Role" at the 2nd Africa Movie Academy Awards for her performance in Women's Cot, and "Best Actress in a Supporting Role" at the 4th Africa Movie Academy Awards in 2008 for her performance as a grandmother in White Waters.

Silva is married to actor Olu Jacobs. The couple founded and operate the Lufodo Group covering film production and distribution assets and the Lufodo Academy of Performing Arts, where she is Director of Studies. She is the also the pioneering managing director of Malete Film Village, in association with Kwara State University. On 29 September 2014, Silva received recognition as a Member of the Order of the Federal Republic, one of Nigeria's National Honours Awards, at the International Conference Centre in Abuja.
Silva was born in Lagos, into a family of four children. Her mother, Adebimbola Silva, a pioneering female doctor, died in July 2015. Her father was a lawyer. She attended Holy Child College in Lagos. At university she was part of a cultural group that included the playwright Bode Osanyin and the singer Stella Monye. Silva took a year off from her studies, during which time she began working as an actress. Silva then relocated to England, studying drama at the Webber Douglas Academy of Dramatic Art in London. Initially her parents were opposed to Silva's decision to go into the theatre but they soon began to support her, happy at the success she made of her career. During a slow period of her career, she returned to school, studying English at the University of Lagos.