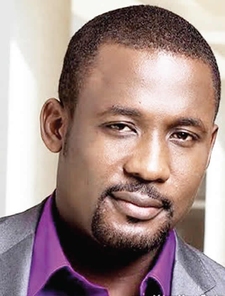 Joseph Benjamin (also known as Joeben) is a multiple-award winning actor in the Nollywood industry. Over the years, Joeben has grown into a household name across Africa. Joseph’s role as Project Fame West Africa co-host in the past eight years is unrivalled.

Joseph Benjamin is also a multi-talented Nigerian Nollywood actor who got his big break as the co-host of MTN Project Fame West Africa Season II (a reality TV show). The handsome Nollywood Nigerian actor is blessed with two lovely children
He started out as a child star in the famed Nigerian TV Programme “Tales by Moonlight” and now he is one of the most sought after male leads for movie productions, especially in New Nollywood. His filmography includes the popular Super Story (2007), Torn (2012), Boxing Day (2015), to name but a few. Also as a voice-over artiste, Joseph has been the voice behind major campaigns locally and internationally; and as a model, he started out in 1995.Along with film, television and modelling, Joseph’s area of expertise also includes music and live events compere. He appeals to several demographics as he is very well spoken and eloquent, handsome and stylish.

Joseph Benjamin grabbed a remarkable role as the co-star of Mahmood Ali-Balogun’s movie ‘Tango With Me‘ alongside Nollywood megastar actress Genevieve Nnaji in 2011.

Nollywood actor Joseph Benjamin made his first screen debut appearance in a popular television program titled ‘Tales by Moonlight‘ where he acted as a homeless child. His first movie was in 1993, and is titled Crossroads.

Award-winning Nollywood actor Joseph Benjamin, is from Kogi State, Nigeria and holds a Diploma in Computer Literacy from the University of Nigeria, Nsukka. He is currently studying Philosopy at the University of Ibadan. A multi-talented actor, he is also a model, musician and compere.

Some of Joseph Benjamin’s movies are Tango With Me, Mr. & Mrs, and Married But Living Single. Recently, the tall handsome actor won the African Actor of the Year award, at the 2012 African Film Awards.