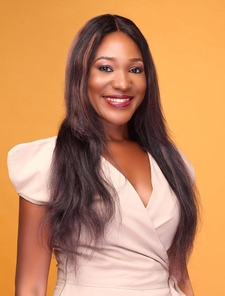 Audu was born in Navy town, Ojo to a Naval Personnel Father Audu Ali Audu and mother Gift Salamat Audu. Her mother was a Restaurateur and entrepreneur that owned a chain of restaurants and a rental service for events. Judith has two brothers, elder brother Franklin Audu and a younger brother Abdulmalik Audu. She is the second child and only daughter.

Audu attended Navy Town Primary School, Ojo, from 1988 to 1993,then proceeded to Navy Town Secondary School from 1993 to 1999, where she majored in the Arts. She then went to the Nigerian French Language Village, Badagry in 2001 and obtained a Diploma that she used in getting a Direct Entry into the University of Lagos in 2002.

In 2005, Audu obtained a B.A in French from the University of Lagos. After her National Youth Service (NYSC) In Kebbi State in 2006/2007, She went back to the University of Lagos and applied for master's degree course in Public and International Affairs from 2008 to 2010, where she graduated with a degree in Masters of Public and International Affairs (MPIA)

While at the University of Lagos, Audu joined a Theater Group called the Campus Playhouse and took part in several stage productions, from there she auditioned to be a part of Theater 15 which was the most respected Theater Group in the University of Lagos at the time. It was from these theatre groups that Audu honed her acting skills and worked alongside Nigerian television personality Denrele Edun, actor/comedian Koffi and Director Wole Oguntokun.

In 2004, when the University of Lagos went on a ten-month strike, Audu was invited by her colleague Denrele Edun to Alpha Vision Company where she auditioned for and got her first role on the small screen in Tajudeen Adepetu's TV Series, One Love. In the same year, Audu officially registered herself as an actor with the Actor's Guild of Nigeria and began attending auditions, through which she got a role in a Ghetto film by Femi Ogedegbe titled Tears of the Ghetto (Life is beautiful). At the end of the University strike, Audu went back to school and took a hiatus from acting, although she did take a part in an independent children's series, Funtime, where she played the role of Vanessa.

During her compulsory National Youth Service, she was the Presenter and Producer of a programme on Kebbi State Television called French For Beginners and was also the Drama Troupe Director.
Audu (Right) and Doris Simeon on the Set of Stopping Kloe

In 2011, after completing her master's degree program, Audu attended an audition for a role in the television drama, Tinsel and got the role of a gynaecologist, she has since been part of several Television Series

Just Before I Do
View All Credits
Prev Next ×