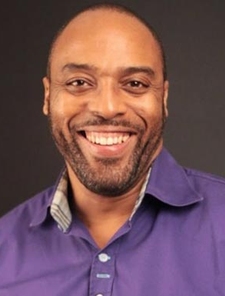 Kalu Egbui Ikeagwu is a British-Nigerian actor and writer. As an actor, he has received several awards and nominations for his performances on screen.Kalu was born in England but was relocated to Nigeria by his dad at the age of 9 due to fears from his parents that he might abandon his Igbo roots. He had his primary education in England and Zambia before proceeding to University of Nigeria to get a degree in English.

Ikeagwu's first appearance on screen was in 2005 in the popular Domino TV series. His first stage performance was in Put Out The Houselights by Esiaba Ironsi. He has gone on to act in some of Nigeria's memorable classics, such as "Major Lejoka Brown" in Ola Rotimi's, Our Husband Has Gone Mad Again and as "RIP" in Esiaba Irobi's Hangmen Also Die. He went on to perform in various plays at the Edinburgh Festivals of 1995 and 1997. His first feature film was the role of "David Salako" in Emem Isong's For Real, After completion of the film, Kalu claimed that if a Danfo (Lagos metro bus) were to hit him, he would die with a blissful smile on his face. He has featured in many films including 30 Days, The Wrong Woman, Distance Between, Between Two Worlds and the Irish film production "Rapt In Éire". On television, he has starred in many popular series including Domino, 168 and Doctors' Quarters (MNet Production ). He is also known for his role as "Alahji Abubakar" a.k.a. Masters in the Nigerian hit TV series Tinsel.

Kalu Ikeagwu has starred in many movies recently. He is a talented actor who has appeared in movies like 30 Days, Domino, Accident, Broken, Damage, Two Brides and a Baby and a host of other movies. A recap of the trailers of his top five movies he acted in

Insecurity
View All Credits
Prev Next ×