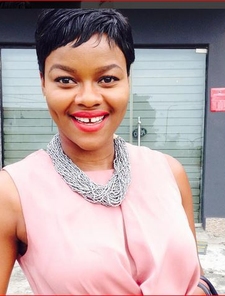 Kehinde Bankole is a Nigerian actress, model and television host. She made her entertainment debut in the 2003 Miss Commonwealth Nigeria beauty contest, then proceeded to the 2004 Most Beautiful Girl in Nigeria pageant. She won the revelation of the year award at the 2009 Best of Nollywood Awards, two years after her first screen feature in Wale Adenuga's Super story.She was born as the 4th child in a family of six. She has a twin sister who also acts occasionally. Bankole studied at Tunwase Nursery and Primary School, Ikeja. She was admitted to study Mass Communication at Olabisi Onabanjo University but took a break to concentrate more on her modelling career in 2004.Bankole first entertainment experience was when she auditioned as a contestant in Miss Commonwealth Nigeria pageant in 2003, although she did not win, she claimed the "exposure" was all she really wanted as she made the top 10. She also had a shot at Most Beautiful Girl in Nigeria but could not make the top five list. After the contract of Genevieve Nnaji expired as a Lux ambassandor, Bankole was chosen along with Sylvia Udeogu and Olaide Olaogun to become to new face of Lux in 2007.She made her acting debut during her reign as Lux ambassandor in the family drama Super story: Everything it Takes. She has also starred in other Wale Adenuga's productions like Papa Ajasco and This LifeShe hosts daytime talkshows including "Soul Sisters" and "African Kitchen".