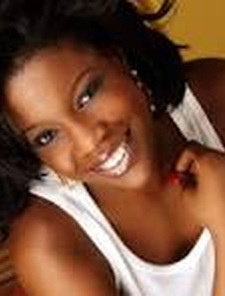 Kemi Adetiba is a Nigerian music video director, filmmaker, and television director whose works have appeared on Channel O, MTV Base, Soundcity TV and BET.Born in Lagos on 8 January 1980, Kemi Adetiba started her journey into the media as a young child where she headlined two national television commercials for the iconic detergent brand OMO, Towing the path of her father, Dele Adetiba, a veteran in the advertising and broadcast industries who played a pivotal role in the development in Nigeria

Kemi started out professionally as a radio presenter with Rhythm 93.7 FM, where she became the voice behind two nationally syndicated hit shows: Soul’d Out and Sunday at the Seaside.

Kemi Adetiba began to make a transition from being a voice on radio to being a face on television by producing and presenting several shows on Mnet, which includes Studio 53, Temptation Nigeria which she presented alongside Ikponmwosa Osakioduwa. Kemi was also a presenter on Soundcity TV and hosted Maltina Dance All for three consecutive seasons.

After years of success being in front of the camera, Adetiba enrolled into the New York Film Academy to learn the ropes about being behind the cameras and today, her bodies of work as a director are spread across the African continent and beyond its borders. Kemi Adetiba's short film Across a Bloodied Ocean was screened at the 2009 Pan African Film Festival and National Black Arts Festival.

King of Boys
View All Credits
Prev Next ×