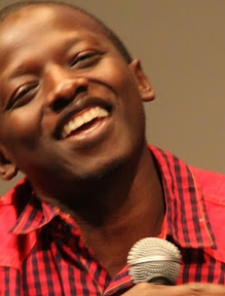 Kenneth Gyang is a young filmmaker in Nigeria and was born in Barkin Ladi of Plateau State, Nigeria. He studied Film Production at the National Film Institute in Jos and screenwriting at Gaston Kaboré's IMAGINE in Ouagadougou, Burkina Faso. Two of his short films as well as a script titled "Game of Life" were selected for the Berlinale Talent Campus 2006 and "Mummy Lagos" was well received as an official competition entry. "Mummy Lagos" was also selected for the Sithengi Talent Campus as part of the Cape Town World Cinema Festival in South Africa.

Oloture
View All Credits
Prev Next ×