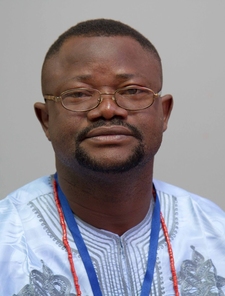 Imasuen has worked in the film industry since 1999 mainly as a film director and producer. He currently lives in Lagos.

Imasuen has plans to commence filming an epic movie titled Nogbaisi Ovonramwen in 2013. It will be about the last Oba of Benin.

In 2008 a Canadian documentary Nollywood Babylon co-directed by Ben Addelman and Samir Mallal, and produced by AM Pictures and the National Film Board of Canada in association with the Documentary Channel, followed Lancelot Oduwa Imasuen while he was shooting his 157th film Bent Arrows.

The documentary played in the Official Competition at the Sundance Film Festival in January 2009.[5] Bent Arrows was released into the Nigerian home market in 2010.

Love Upon the Hills

Girls Are Not Smiling