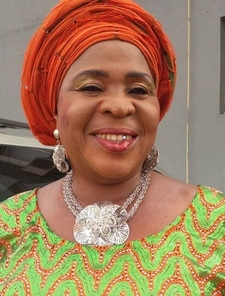 Fausat Balogun (also known as Madam Saje, born February 13, 1959) is a Nigerian actress who stars majorly in Yoruba movies. She starred as Mama Saje in a 1990 television series titled Erin Kee Kee. Fausat has starred in over 80 movies.

Balogun is married to the actor Rafiu Balogun. He was her boss before they married.[1] By the time she was famous her children were adults. Her eldest son is a director and her youngest daughter is an actress.

Egan
View All Credits
Prev Next ×