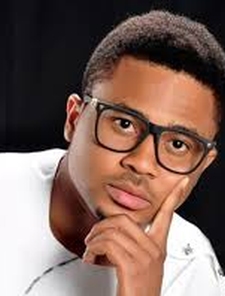 Michael Godson Ifeanyichukwu, better known as Mike Godson (born October 10, 1985) is a Nigerian actor. He was born in Kano State, Nigeria but hails from Imo State. Godson studied at the University of Jos, Plateau State where he got a B.Sc. in Theatre and Communication Arts.Mike Godson began acting in 2001. He is one of the handsome actors in Nollywood, and has appeared in over 100 films. He has starred with lots of actors and actress such as, Pete Edochie, Clem Ohameze, Kenneth Okonkwo, Van Vicker and John Dumelo. Mike Godson got known after he did a movie titled 7 Books of Moses, produced by Richrock Productions and directed by Nonso Emeka Ekwe,.