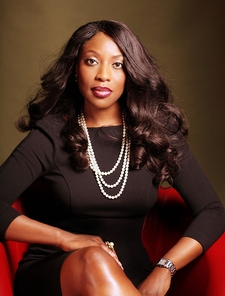 Mo Abudu’s journey as a successful entrepreneur and business mogul began in her capacity as executive of ExxonMobil followed by co-ventures including Vic Lawrence and Associates and Protea Hotel Oakwood Park.

Mo launched her media career with the creation of her own talk show, ‘Moments with Mo’, the first of its kind to be syndicated in Africa. Mo then developed one of her grandest business endeavours yet, EbonyLifeTV, Africa’s first Global Black Multi-Broadcast Entertainment Network, on 1 July 2013. This earned her the recognition by Forbes Media as the ‘First African woman to launch a Pan-Africa TV channel’. She has also been honoured as ‘Entrepreneur of the Year’ by Women Week in New York and listed as ‘One of the 25 Most Powerful Women in Global TV’ by the Hollywood Reporter. Most recently, she received an Honorary Doctorate Degree (Honouris Causa) from Babcock University; Nigeria’s premier private university.

Death and the King's Horseman