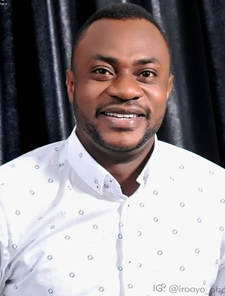 Odunlade Adekola is a multi-award wining Nigerian actor, singer and movie producer. He was born in Abeokuta, Ogun State. He attended the Saint John RCM primary school, and later Saint Peter’s college, both in Abeokuta.

Odunlade Adekola started acting at a young age at his church (the Christ Apostolic Church, Lafenwa, Abeokuta). His friend Tunde who was a part-time actor introduced him to a theatre group that rehearsed near his house. Later on, He got to know about the Association of Nigeria Theatre Arts Practitioners (now Theatre Arts and Movie Practitioners Association of Nigeria) and he joined fully in 1998 after showing in his first movie.

After being motivated by the likes of Taiwo Hassan, Adebayo Salami, Lere Paimo, and other genius Yoruba actors in Nollywood, he entered the professional scene around 2005. However, he only became popular until 2007.

He received training and additional motivation from Isola Durojaye (Alasari), now late, who believed in his potential and assisted him in bringing out the best in him.

Odunlade has spent close to 10 years in the limelight, and has featured in almost 100 Yoruba movies.