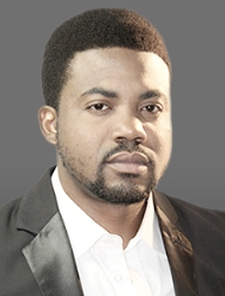 Okey Uzoeshi , born on the 28th of April, 1983 in Lagos Nigeria is popular for his movies Alan Poza, Two brides and a baby and many more. He started his journey into showbiz in 2000 as a model and entered in for the Amstel Malta Box Office (AMBO2) show in 2006, where he made it to top ten, out of over fifty thousand applicants nationwide. He has also had nominations at the Best of Nollywood (BON), Golden Icons Academy Movie Awards (GIAMA) and the African Movie Academy Awards (AMAA).