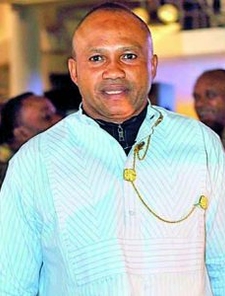 Paul Obazele is a veteran Nigerian actor, producer and director. The Business Administration graduate started his acting career in 1985 at NTA Benin after briefly working as a model for billboard ads. He made his debut on the popular soap operas like Checkmate, Ripples, and Third Eyes among others.