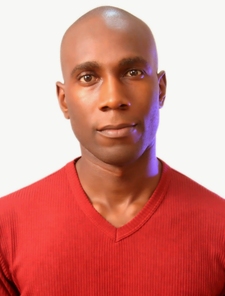 Paul Utomi is an actor and model. He studied Economics at the Lagos State University and took a course in Acting and Directing.

Paul started his career in 2011 but has featured in TV Series like Tarima, Lekki Wives, Shuga, Gidi Up and Living Close To You; His short films include Enter the Claxton, Closure, B Negative, The Call and Leeway and his talent has also extended into full length films like Heaven, Requit, Ojuju, Believe.

In his free time, he reads, works out, watches movies and plays basketball.

Moth To A Flame

Knock Out Blessing
View All Credits
Prev Next ×