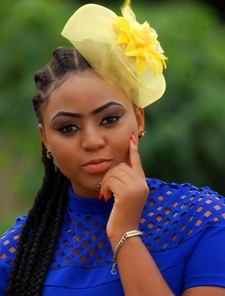 Regina Daniels is a Nigerian teen actress and film producer. She has acted alongside Nollywood stars such as Mercy Johnson, Chinwe Owoh, Tonto Dikeh, Ngozi Ezeonu, Yul Edochie, Kenneth Okonkwo.Daniels was born on October 10, 2000. Her mother, Rita Daniels, who is the chairman of Delta State Actors Guild is also an actress. She attends school at the Hollywood International School in Asaba, Delta State.According to her, admiration for her mother's acting career was her inspiration into the industry. The desire to act was in her at age 7, but only got the full approval of her mum when she was 10. She stated that she gets preferential treatment in her school being a celebrity but usually study ahead of her mates in class due to her busy schedule. Daniels screen debut was in Marriage of Sorrow by Pressing Forward production company in South-Eastern Nigeria. In July 2016, Thisday reports that she earned 500,000 naira for a role in a film