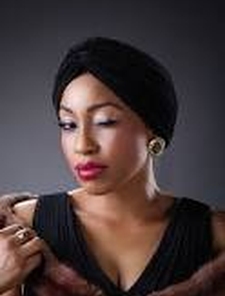 Rita Dominic is a member of the Royal Waturuocha family of Aboh Mbaise local government area in Imo State.She is the youngest of four siblings. Her late parents were medical practitioners; her father was a medical doctor and her mother a nursing officer.Dominic attended the prestigious Federal Government College Ikot Ekpene, Akwa Ibom State, Nigeria, before heading to the University of Port Harcourt, where she graduated with a BA (Honours) Degree in Theatre Arts in 1999.
Dominic started performing when she was a child, appearing in school plays and children's television shows in Imo State. In 1998 she starred in her first movie, A Time to Kill. She won the City People Awards in 2004 as the Most Outstanding Actress. She has starred in over 100 Nollywood productions