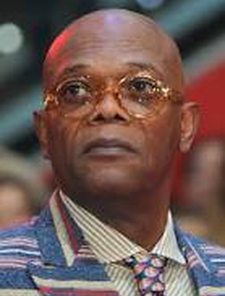 Samuel Leroy Jackson (born December 21, 1948) is an American actor and film producer. A recipient of critical acclaim and numerous accolades and awards, Jackson is the actor whose films have made the highest total gross revenue.

Jackson is married to LaTanya Richardson, with whom he has a daughter, Zoe.

Jackson is ranked as the highest all-time box office star with over $6.7 billion total US box office gross, an average of $86.1 million per film. The worldwide box office total of his films (excluding cameo appearances) is over $15.6 billion. He became the top-grossing actor in October 2011, surpassing Frank Welker.

View All Credits
Prev Next ×