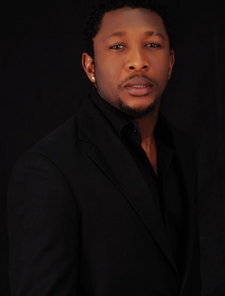 Tchidi Chikere was Born on October 10, 1975 in Nigeria, Tchidi Chikere is a consummate filmmaker and one of the leading producers in Nollywood. Tchidi is a graduate of the University of Calabar with over 60 films to his credit.

Tchidi who hails from Mbaise Imo State, is also a musician. He has had duets with Marvellous Benji, OJB Jezreel and Pat Attah.

Tchidi Chikere is a graduate of the University of Calabar, and has over 50 films to his credit. Tchidi hails from Mbaise, and he’s the last born of his family. He started writing film scripts when he was still in school. While in school, he belonged to a musical group of three.

On completion of National Youth Service Corp programme (NYSC), he traveled to the United Kingdom to publish his first book. In 2007, he launched his first album. He also launched his second album in the UK.
This talented young man by the name TChidi Chikere is an actor, director, producer, script writer and singer. His first marriage was to Sophia Tchidi Chikere who is also an actress and the union has produced three boys together. But They Are Currently Divorced. And his Now Married To Nuella Njubigbo.Nuella Njubigbo got married to film director Tchidi Chikere in her family compound on March 29, 2014, in Anambra State. Their union was the subject of the media for days mainly because the groom was previously married to another actress Sophia Chikere with 3 kids. However, Tchidi gave reasons for the breakup of his previous marriage amidst public outcry.