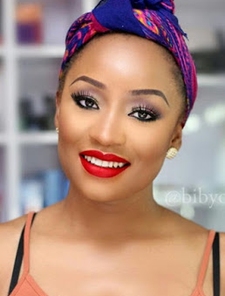 Uru Eke is a Nigerian actress. She is known for Last Flight to Abuja, Weekend Getaway and Being Mrs ElliotEke is a descent of the Mbaise region of Imo State, South-Eastern Nigeria, but she was born in Newham, East London in the United Kingdom.[4] She had her basic education at Galleywall Infants School, London, before she moved to Nigeria where she attended Baptist Girls College, Lagos for her secondary school education. In furtherance of her education, she returned to London and attended Lewisham Southwark College before proceeding to the University of Greenwich where she studied Business Information Technology.She started her career as an I.T consultant at Zurich Insurance Group but quit the job due to her love for acting. In 2005, she made her on-screen debut in an Obi Emelonye-directed movie titled Ebony. She has gone on to star in several movies.

A Scandalous Past
View All Credits
Prev Next ×