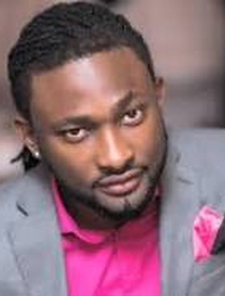 Uti is the 25-year-old representative from Nigeria in Big Brother Africa 3. He became the third evictee of Big Brother Africa 3 house on 5 October 2008 (Day 42). During his stay Uti was known for often teasing his fellow housemates (mostly Mimi and Thami). During Namibian housemate Lucille's eviction Uti had a violent out burst upon learning that she had been evicted.

In 2010 Uti competed as a contestant in Big Brother Africa 5: All-Stars in which he lasted 91 days and ultimately won by defeating Munya is a final vote of 8 to 7. He has spent a combined total of 133 days in the Big Brother house. He is a native of Ndokwa from Aboh Kingdom in Ndokwa-East Local Government Area of Delta State Nigeria.