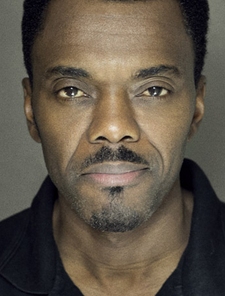 Wale Ojo began acting with the first television station in Africa as a child prodigy and star. He turned professional in the United Kingdom at the age of 21. He is the pioneer and founder of the New Nigeria Cinema whose aim is to improve the quality of Nigerian films. To date, he runs a yearly festival titled New Nigeria Cinema day at the British Film Institute in London. A great lover of Shakespeare he is at the moment researching an African movie adaptation of one of the Bard's plays.

Once Upon a Night

Don't Get Mad, Get Even

Roberta
View All Credits
Prev Next ×