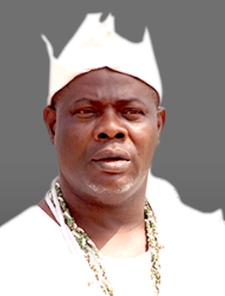 Yinka Quadri has come a long way in the Yoruba sector of Nollywood, being one of the pioneers of the home video. An actor and producer, he has also become a household name in the industry. Going into acting started since he was very young. Before he went into acting, he was controlling his dad’s business, which was worth millions of naira then. So, he says his going into acting was borne out of his passion for it. Though, his dad never liked it because he wanted him to remain focused on the business, but in the long run, he supported him when he noticed his tenacity for acting. He was born in the early 60s and attended St Catholic School, Idumagbo and proceeded to Christ High school, Ebute Elefun also in Lagos. But he quit school when he got to class three. According to him, this had got nothing to do with poverty, because his dad was very influential and wealthy; he opted out of school to learn business so that he could take over his dad’s business. It was not as if his dad encouraged him to drop out of school though, it was something he wanted to do. Growing up, was very stubborn and playful and his hobby then was playing football. He is 54 years old and is married with children.

Tobajewoni
View All Credits
Prev Next ×