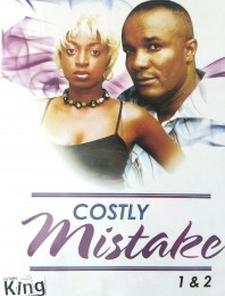 Jessica (Kate Henshaw) was a prostitute on the prowl when she met Leo (Saint Obi) at a local bar. Leo was nursing a broken heart as the woman of dreams repeatedly rejected him. Jessica wound up in Leo’s home later that evening but Leo wasn’t interested in sex; he wanted Jessica to help him win Vicky’s heart. Vicky (Thelma Okorie) was the woman he had been relentlessly pursuing but would she ever love him became the challenge.

Jessica agreed to help him out for a fee and she successfully wormed her way into Vicky’s life. Vicky had no idea that she was working for Leo and the game began when Jessica announced that Leo was her boyfriend.

Vicky was surprised to learn that the very man that had been pursuing her was Jessica’s boyfriend and jealousy sparked. Her envy escalated to new heights when Jessica showed off all the expensive gifts Leo purchased for her.

The truth of the matter is that Vicky was under the impression that Leo was broke so how was it possible that he could shower Jessica with such gifts? Change of heart. Vicky suddenly wanted Leo back. Was Leo’s mission accomplished? Not quite.

Leo came to the conclusion that Vicky’s only interest in him was money and he was suddenly turned off by her. The game switched gears and it was Jessica that pursued Leo. When all of her attempts to gain his love failed, she set out to eliminate Jessica.