Nollywood Now! is a film festival currently running in London dedicated to Nigerian popular cinema. There is week long series of screenings celebrating the creativity and energy of the world’s second largest film industry. With five feature films and one documentary, Nollywood Now! showcases the drama, tension and excitement of a truly global film culture.

Wednesday the 7th of October was the opening night for Nollywood Now! at Deptford Town Hall, in New Cross and opening up the festival was a documentary called Nollywood Babylon. Nollywood Babylon is a feature documentary about the explosive popularity of Nigeria’s movie industry. The film drops viewers into the chaos of Lagos’ Idumota market. Here, among the bustling stalls, films are sold and unlikely stars are born.

Lancelot Imasuen features hugely in this documentary, not only is he interviewed at length but we also see him at work, he states categorically, “Nollywood has practically become The Voice of Africa.” We see Lancelot auditioning and shooting the movie Bent Arrows. The year is shown as 2007 and I was shocked because that movie has just been premiered and to date it has still not been released. 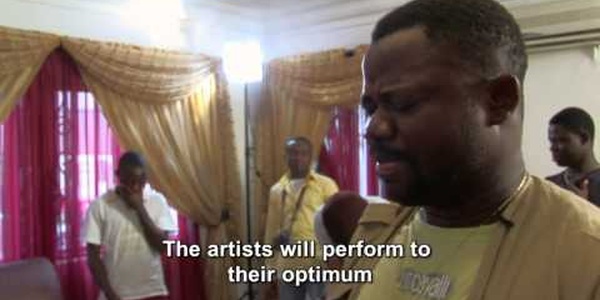