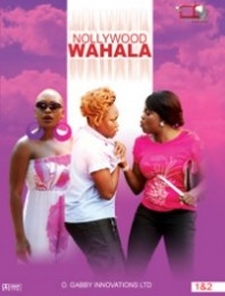 Imelda and Maggie (Nuella Njubigbo and Halima Abubakar) had been scheming to break into the Nollywood movie industry. Instead of acting lessons, networking, and exploring the normal channels, they chose to resort to juju – the popular and quick route to stardom. Casting a spell to become famous actresses seemed easy enough but it certainly came with a price.

The two women later had a falling out and became competitors. Maggie achieved success to the point where people in high places wanted her phone number. When she found a man that blessed her with the expensive gifts she desired, she was unaware that he was also under the influence of juju. As they used each other only one of them survived.

In a separate storyline, Crystal (Funke Akindele) was also desperate to be a movie star. She made it her business to stalk Judd (Daniel K. Daniel), who was a popular movie producer. She made it clear that she was willing to do anything to act in one of his movies.

She came across a security guard in the hotel where Judd stayed and the employee promised to hook her up with the top directors in the industry. By the time Crystal realized it was all a prank she was out thousands of dollars that she forked over in the name of registration fees, donations, and anything else that sounded good. Crystal also sought the help of juju but when she failed to get Judd into bed with her she suffered the consequences.

In yet another storyline, Angelina (Esther Audu) was a student that had absolutely no interest in acting and never even thought of it. Judd discovered her on the street and invited her to audition for a part in his movie. When she got the lead role solely based on her natural talent she was accused of screwing the director, casting a spell on him, and was labeled a prostitute.