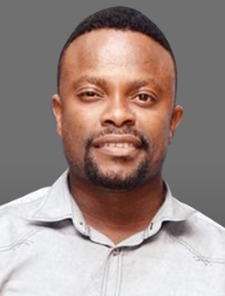 Ime Bishop Umoh, Akwa-Ibom born Comic actor added another year yesterday being Aug 30. He is one of those actors who ensure you have a good laugh anytime you see him on your TV screen. Happy birthday in arrears to Imeh Bishop Umoh. Here is a short biography on him:He is from Nsit-Ibom Local Government Area in Akwa Ibom state. He studied Philosophy in University Of Uyo. Ime Bishop started acting in his childhood , he acted lead roles as a child in his church’s drama group.He has featured in over 100 movies. The movie that brought him to limelight was an indigenous movie called ‘Uyai.’ It was produced by Emem Isong in 2007 and released in 2008.Imeh Bishop Umoh was awarded Best Supporting Actor(Udeme Mmi) in Nollywood Movies Awards 2013. He was nominated as Best Actor In A Comedy in AMVCA 2016. Imeh Bishop is the Special Adviser to Governor Udom of Akwa-Ibom state on Ethical and Social Reorientation.He got married to Idara Saviour on October 17, 2013, at the Insight Bible Church, Uyo. They have a beautiful daughter together.

Boss of All Bosses