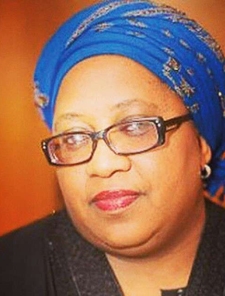 Mildred Okwo is a Nigerian film director and producer. She was nominated for Best Director award at the 4th Africa Movie Academy Awards. In 2012 she directed the romance comedy-drama film The Meeting which won several awards including Nigeria Entertainment Awards, Africa Movie Academy Awards and Nollywood Movies Awards.Mildred studied Theater Arts at University of Benin. She is also a US trained lawyer.[Mildred alongside eleven other Nollywood practitioners founded the Nigerian Oscars Selection Committee (NOSC) and were approved by the Academy of Motion Picture Arts and Sciences (AMPAS) to screen Nigerian films to be submitted for the Best Foreign Language Film category at the Academy Awards.

30 Days
View All Credits
Prev Next ×