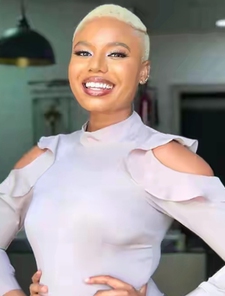 Isime began a career as an actress in the TV series Echoes in 2011. She appeared in several films in 2014. Isime is also a television presenter, known for presenting gossip show The Squeeze, technology show What’s Hot and backstage segments of MTN Project Fame season 7. In 2016 she replaced Toke Makinwa as the presenter of the popular show Trending on HipTV.