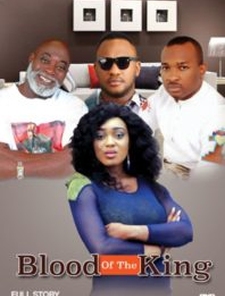 Daniel and David (Yul Edochie & Chigozie Atuanya) were twin brothers that didn’t see eye to eye. Not only did they fight with each other, they were notorious for beating up the household staff and anyone that annoyed them.

Their father, the King, was disturbed by their constant blow-ups and believed his sons were either cursed or in need of psychiatric help. The core of the discord was the question of who would be heir to the throne. Naturally the passing of the torch would go to the eldest but there was a discrepancy as to which twin was born first.

When the brothers were sent to the US to complete their education only one of them returned to Nigeria. One ordered the murder of the other, which paved the way to ownership of the kingdom, but little did they know, their father made other arrangements for a successor.