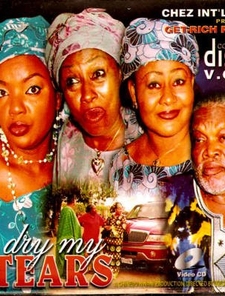 The film opens with a woman called Esther going through a miscarriage. At the hospital she exclaims, “not again!” which makes us aware that she must have been through this on other occasion(s). We find out this is Esther’s third pregnancy.

Susana is Esther’s “best friend”. Quotations must be used here as her actions don’t convey that of someone who is a best friend. Susana spreads the news of Esther’s miscarriage with glee declaring her a “witch” and a “ritualist.” She curses her to the point of calling her a gold digger and skin bleacher.

After blackening Esther’s name Susana approaches her and tells her that she dreamt that Esther was carrying twins. Unbelievably two faced. She also spring cleans Esther’s house and brings gifts. While at Esther’s house Esther’s husband Festus tells Susana that he bought his wife a jeep after the miscarriage to cheer her up a little. Susana quickly relays this news as,

“Do you know that Esther, after using her unborn child to do Sacrifice in witchcraft. Festus went and bought her a new car.”

She also makes claims that Esther has used her charms to prevent him from taking another wife. Another friend asks Susana why she doesn’t advice Esther against such actions to which Susana replies,

“Can the devil ever stop committing sin?”