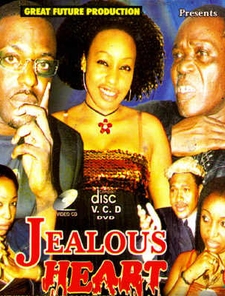 A spolit brat returning to her Nigerian Homeland in order to begin her university studies. For the past 6 years she has been living with her mother, who is divorced from her father, in the USA. It can be seen just how far removed Nkiru is to Nigerian ways and customs when she arrives at her father’s house from the airport with her boyfriend from America in tow.

Even though she is pre warned by her cousin Sylvia that her father will not allow a man to stay in the house with her, she does not take heed of her advice and asks him anyway. Of course he is outraged and promptly orders her boyfriend Michael out of the house.

Before Nkiru left for America she and her cousin Sylvia, who grew up in the same house and is like a sister to her and were extremely close. The relationship on her return starts out promising but ultimately sours. Nkiru mocks Sylvia and calls her “boring” and “stiff” for refusing to wear the tight revealing clothes that she bought for her in the States.

One night Nkiru begs Sylvia to go to a friend of her boyfriend’s party with her as she does not want to go alone. Initially Sylvia refuses, not really being into the party scene, however after much persuasion she gives in. It is this night that signifies the start of their soon to be tumultuous relationship spurred on by jealousy.