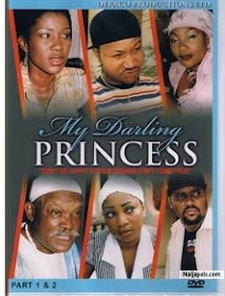 The Yoruban Princess of Ijekuta and an Ibo boy fall in love. In fact it is love at first sight. Her father will not allow her to marry a man from any other tribe as she will one day become Queen and her husband will become King. In his mind accepting a stranger as his daughter’s husband will taint their lineage,

“Our custom does not allow for people to bring foreigners to join with royal blood in our own land.”

For this reason the relationship starts off a secret one and when both parents find out about it they are vehemently against it. Ike’s mother brands the princess, “A prostitute” for rendez-vousing with her son in a hotel room, declaring,

“Of all the girls in lagos; you entangle with a Yoruba girl,”

and the King brands Ikeobi as “useless” and “unserious” for the same reasons. The older generation on both sides have deeply ingrained prejudices. Their love becomes one big battle to fight against their respective families.

Living in Bondage I