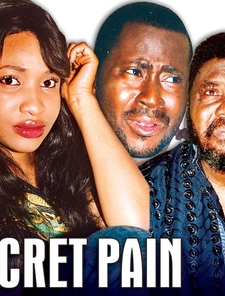 Camila lives happily with her grandmother until a marriage proposal comes her way by a man called Donald. She does not like him on first meeting as he is arrogant and boastful, however on her grandmothers encouragement agrees to go on a date with him. It is a disaster and her disdain for him is intensified; he continually ogles other women and insists on swigging from a bottle of whisky throughout the date.

After this date he proposes marriage to her and she refuses. He is outraged at the rebuff and she receives a letter from him to say that unless she marries him the debt that her father owed his for the land that their house is built on will need to be paid in the coming months. Camila was not aware that her father owed his before his death and is distraught upon the devastating news.

She is adamant that she will not marry Donald and so Camila leaves the village to go and seek fortune in the city to save the house that she and her grandmother live in. We see that Camila is basically a good girl but her circumstances force her into doing some bad things. We learn from this film that sometimes essentially good people are driven by circumstance to do bad things.

This truly is an Edochie family affair with Yul presenting and Daddy Pete and Brother Linc making appearances! I would definitely recommend this film. It was well told/shot and some valuable lessons to be learnt. The only criticism I would have is that the development of Camila’s character was poor. From behaving one way she suddenly starting behaving in a different way and the transition wasn’t properly developed/ explored. Neither did we see true guilt during some of her actions which would be expected if she truly was the original character we as the viewer had been introduced to.