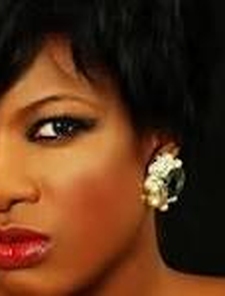 Born in Onitsha, Anambra, Ike began her career as a model at age 16 just after graduating from secondary school. She began acting in church plays at age 6 and made her film debut in Sweet love in 2005. She went on to have major roles such as "Nikita" in Bless the Child, To Love a Stranger, Paradise and has done over a hundred films to date. She played a major role in the movie Mirror of Beauty, which was a box office hit in the cinemas and was shown in several cinemas in the UK, Odeon and cinemas world in 2007 and was selected for screening amongst top films across the world at the Cannes film festival.

In 2014, She created and began hosting her reality television series African Diva Reality TV Show, which she is the executive producer. The first season of the reality show aired on African magic channel on DSTV and the second season aired on a terrestrial TV station AIT.

Ike began her film career began in 2005 when she played a minor character in a movie Sweet Love. Then got her first major role that same year in a movie titled Bless the Child and has played major roles in over a hundred movies, films like Paradise, Mirror of Beauty, To Love a Stranger, Girls Cot Reloaded, Happy Ending, Yes We Will, Anointed Queen, The Prince and the Princess.

In 2007, Mirror of Beautywas shown in Cineworld and Odeon cinema across the U.K. It was selected and screened at the Cannes film festival. She brings – dignity, poise, class, smooth delivery, and extreme professionalism to the varied roles she's played. She is a gifted screenwriter.

She started her production company, "Chika Ike Production", in 2014, and produced her first cinema movie Miss Teacher and her reality TV game show African Diva Reality TV Show which she is the executive producer, host and one of the judges. The first season aired on DSTV and the second season aired on AIT. In 2015, she collaborated with Rok Studios to produce movies like Happy Ending and Stuck on You

Battleman
View All Credits
Prev Next ×