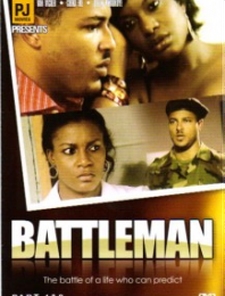 Austin (Van Vicker) volunteered for the military. While there, he had his share of women and prior to his return home, he was diagnosed with HIV. His loving wife had no idea why he wasn’t making love to her but he was afraid of telling her and even more fearful of infecting her.

Austin, in all of his despair, met Grace (Queen Nwokoye). She was a kind and supportive nurse that provided his medication and quickly became his confidant.

Through Grace, Austin found out that he was actually HIV negative and the exciting news led to them making love for the first time. But it was a one-time deal and Austin rushed back to his wife to save his marriage. Austin’s life resumed a sense of normalcy until Grace announced she was pregnant six months later.