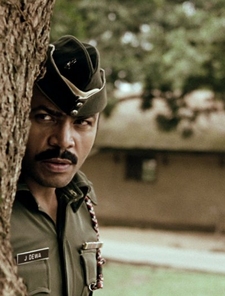 In February 1976, a group of army officers launched a coup against Nigeria's new military leader, General Murtala Ramat Muhammed. In power for less than seven months following an earlier coup, Muhammed had inflamed tensions at home between different ethnic groups in the nation's north and south, and also made enemies abroad by endorsing the Soviet Russia-backed MPLA in Angola's civil war. The plotters succeeded in assassinating Muhammed and his aide in a roadside ambush, but their coup ultimately failed and the leaders were swiftly executed. Martyrdom cemented the 37-year-old general's folk-hero status. His face now adorns Nigerian bank notes, while Lagos international airport bears his name.

Ojukwu uses these real events as context, though very little background knowledge is required to enjoy 76. Indeed, Muhammed is never even mentioned by name, his death only fleetingly evoked in a brief monochrome sequence. Instead, the dramatic focus is on Captain Joseph Dewa (Ramsey Nouah) and his heavily pregnant wife Suzy (Rita Dominic), who are awaiting the birth of their first child while fellow officers at their army barracks begin finalizing coup plans. 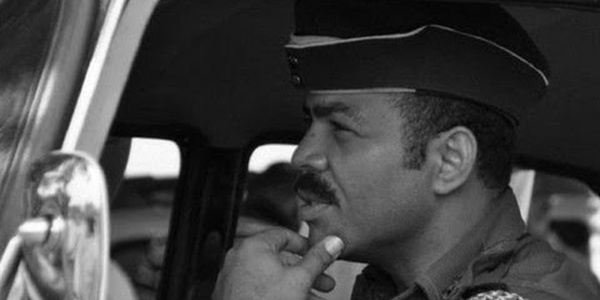