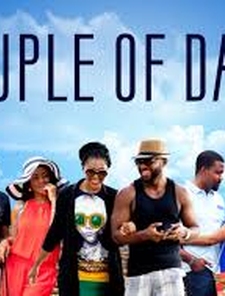 Couple of Days is a movie about three couples at different stages of their relationships, who go to Ibadan to spend some time together.

The first couple, Cynthia and Jude, have been married for several years and have children. It is their Ibadan home that serves as the holiday house where they and their friends stay. However, we quickly learn that Jude, played by Enyinna Nwigwe, has cheated on his wife, Cynthia, played by Lillian Esoro Franklin, in the past and is possibly cheating on her again. Cynthia battles with the fear that her husband is no longer attracted to her and does what she can to regain his attention. But the seemingly perfect Cynthia is battling a secret of her own.

Couple No.2, Joke and Lanre, have also been together for a while, but Joke the feisty cheeky half of the couple, played by Nkiruka ‘Kiki’ Omeili, insists that Lanre, played by Demola Adedoyin, does not tell their friends about their financial troubles. The tension between the couple is palpable and Joke admits to her friends that they have not had sex in a long time.

Couple No.3, Nina, played by Adesua Etom, and Dan, played by Okey Uzoeshi, otherwise known as the newly weds, are happy and can’t get enough of each other. I spent the greater part of the movie wondering when there would be trouble in paradise. I was not disappointed.

The six friends have their bonds and relationships tested in the couple of days they spend together. 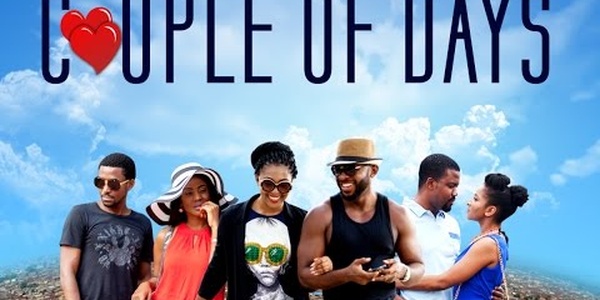