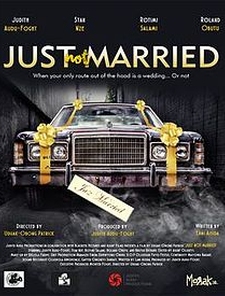 Joyce Nyamma (Perpetua Adefemi), the matriarch of the Nyamma family is terminally ill and struggling financially. Unlike Joyce, Duke Nyamma(Stan Nze), her son, is excited to welcome home his brother, Victor Nyamma (Roland Obutu) who just got out from prison. Joyce still blames Victor, her first son, for abandoning the family as the man of the house when he went to jail and is fearful that he will be a negative influence on Duke and she warns him to stay away from her son Duke.

Duke realises that there will never be enough money to buy the drugs his mum needs and pay for his tuition fees. He decides to become a car thief and comes up with a gimmick to steal cars. He enlists the help of his friend from the hood, Lati Asunmo (Rotimi Salami) and Lati’s ex-girlfriend Keji Anuola, (Judith Audu) completes the team. The idea is that they would steal cars under the guise of being a newly wedded couple returning from their wedding ceremony in a decorated car.

Their very first operation is very successful. Lati who is a mechanic breaks into the vehicles and hot-wires them. They decorate the car and change into their costumes. Keji acts as the Bride, while Duke is the Groom and Lati is the Driver.

Victor is totally unaware of his brother’s new found life and is struggling to find a job and trying to win back his mother’s love which is totally futile. Keji and Victor begin a relationship that is kept quiet.

As the months go by and Duke is able to buy drugs for his mum and he is able to stay in school though his grades are affected. But the new found life gets the better of him and he eventually drops out of school.

The team realise that they are being cheated by their buyer Ekun (Gregory Ojefua) who pays a flat amount for every car stolen. They want more and he isn’t willing to pay more. Lati tell the team that he heard of a new buyer who would be willing to pay more. They decide to go see him. They meet with YJ (Brutus Richard), an ex-convict and former cellmate of Victor. They strike a deal and begin stealing cars for YJ.

Victor finally gets a job as a delivery boy. He still tries to make peace with his mother but she is unforgiving. Consistently working with Keji, Duke is also beginning to feel something for her. Duke asks Lati if he should proceed, Lati encourages him to go on.

On one of their deliveries to YJ, Duke meets his brother at YJ’s place, and Duke is introduced as one of his “boys”. Victor tries to warn Duke to leave the life of crime he’s begun to lead but Duke is very strong-headed and determined to see it through. His words “I can’t be poor”. 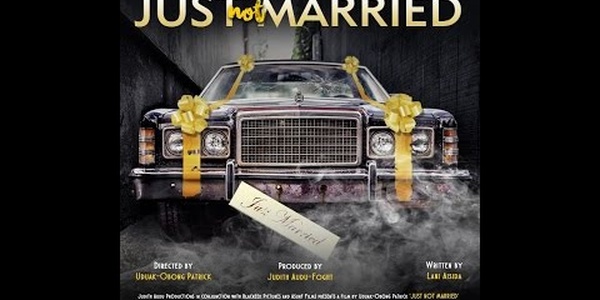